| Henry Page has never been in love. He fancies himself a hopeless romantic, but the slo-mo, heart palpitating, can’t-eat-can’t-sleep kind of love that he’s been hoping for just hasn’t been in the cards for him-at least not yet. Instead, he’s been happy to focus on his grades, on getting into a semi-decent college and finally becoming editor of his school newspaper. Then Grace Town walks into his first period class on the third Tuesday of senior year and he knows everything’s about to change. Grace isn’t who Henry pictured as his dream girl-she walks with a cane, wears oversized boys clothes, and rarely seems to shower. But when Grace and Henry are both chosen to edit the school paper, he quickly finds himself falling for her. It’s obvious there’s something broken about Grace, but it seems to make her even more beautiful to Henry, and he wants nothing more than to help her put the pieces back together again. And yet, this isn’t your average story of boy meets girl. |

Review: I haven’t read a contemporary YA book in maybe a year? So don’t ask me why I suddenly decided to pick Our Chemical Hearts up, because I actually haven’t the slightest idea!

I do know that after the first 100 or so pages I thought I was falling for this book. I was really enjoying all the film references. A great one was right near the beginning when Henry, the protagonist, was observing his love interest, Grace, and decided she had “a stride I could only accurately describe as Mad-Eye Moody-esque”.

Then a little later Henry and Grace break in to an abandoned train station. They go down these spiral stairs to the flooded basement, sit on the last dry step, and feed the fish living there bread. Henry describes it as feeling “a lot like the trash compacter scene from Star Wars”.

I was seriously loving these cute scenes! And best of all I understood the references!

Also at the beginning I found both Henry and Grace’s quirkiness interesting and a little bit relatable. Like Grace describes her favourite colour as Alice in Wonderland’s dress blue and gets a little frustrated Henry isn’t specific about his favourite colour in return. I can relate to this because my favourite colour is the old antique gold of well worn necklaces. And I also find it frustrating that no one ever has a specific shade in mind when they say something vague like purple is their favourite colour. And I’m like yes…but which purple?

But then, around page 120(ish), I started to fall out of love with this book. Which is fitting I guess because that’s kind of the message of the book. That love doesn’t last forever. Sometimes it does, sometimes it doesn’t.

Grace has been through a traumatic experience that ended with her boyfriend dying. Naturally she’s a little closed off and doesn’t want to spill every emotion to Henry. So Henry and his friends decide to spy on her?! Not once either, but twice! Which I found super gross.

And while Grace doesn’t want to open up, Henry is kind of the opposite. At one point he’s talking about his collection of broken bowls and why he likes them and Grace dismisses him by saying it’s only slightly less creepy than collecting cabbage patch kids. This pissed me off because ok fine if she doesn’t want to share but she shouldn’t shut down other people like that.

Our Chemical Hearts basically continues on and on in this way. With Grace and Henry repeating the same behaviour over and over. Spying, dismissing, arguing, making up, letting each other down. And I just lost interest. I even stopped taking notes whilst I read. And note taking is something I always do whether or not I decide to review a book.

But for Our Chemical Hearts it seemed pointless. So officially my last notes were from about page 170/171. After that I just forced myself to finish as quickly as possible.

Overall, though, I don’t want to be too negative. The first half was fantastic and the whole book in general has a great attitude towards important themes like first love, death and family dynamics. There’s plenty here to think about and reflect on. So I would highly recommend it to those who find themselves drawn to contemporary YA more than any other genre. I’m pretty sure Our Chemical Hearts would be exactly your cup of tea.

Have any of you read Our Chemicals Hearts? What did you think? 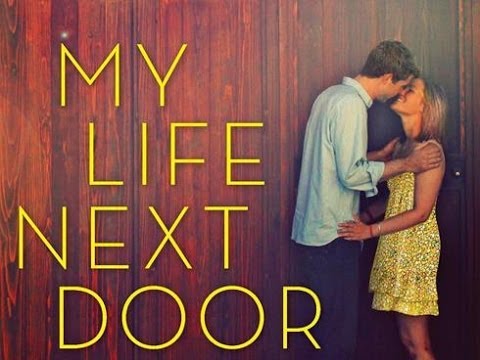 Favourite Quote: “Maybe if I can just sleep for a hundred years, I’ll wake up in a better story.”

Review: So this book angered me. A lot. Nothing happens until page 320. Before that it’s just about a 17 year old girl who works two jobs, but has a trust fund, and her relationships with her grouchy best friend and the hot boy next door.

Then after page 320 we get the drama. And this is the part that really angered me! Because something awful happens and no one does the right thing. No. One. Instead someone gets hurt and someone gets blackmailed and a whole family is left to suffer and yet not a single person involved does the right thing. And I find it hard to believe that in this case people would act in this way.

Oh and we never get to find out what was up with the best friend. It was hinted at that she was cheating by getting her brother to write her essays and speeches and it was shown that she was cheating in exams. And yet nothing happens! Nothing is confirmed. It was made out to be one of the main story lines and yet Nan, the best friend, just suddenly decides being friends with Sam, the main character, is “too much work”. What?! No explanation. Nothing. And Nan never appears again.

It was nice to see Tim, Nan’s twin brother (the one who does Nan’s school work) who was struggling with drink and drugs, get better though. His character developed a lot and he went from a nasty, spiteful guy to the type that brings ice cream round to the kids he babysits. This story line was one of the only reasons I gave this book a 2 star rating and not a 1 star.

The only other reason it got a 2 star rating was because I liked it when Sam finally stands up to her mother, towards the end of the book, and starts trying to make things right. Because before this Sam just let everyone walk all over her. She let Tim steal money from her and drive drunk and just stands there whilst Nan criticises her for being too rich and beautiful. But then finally she speaks up! And about the thing that really mattered.

Basically I wasn’t impressed. It gets a 2 star rating because it’s not the worst thing I’ve ever read and it does illustrate how out of control an accident can get if you don’t tell the truth. But even with these couple of good points I would not recommend My Life Next Door and I won’t be continuing with this series any time soon.